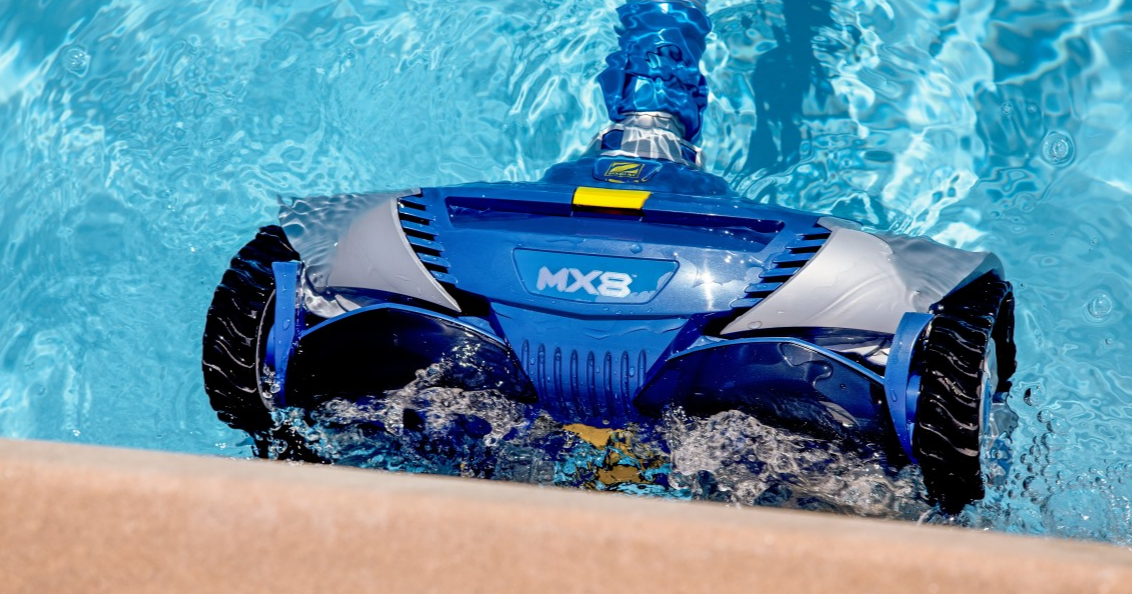 Time for a rebuild? The Zodiac MX8 / MX8 Elite Tune Up Kit R0796200iIncludes the genuine Zodiac parts that will get your cleaner running like new again.

Included in the Tune Up Kit are the following parts:

Instructions on changing out your cleaner's parts as well as a video are below: 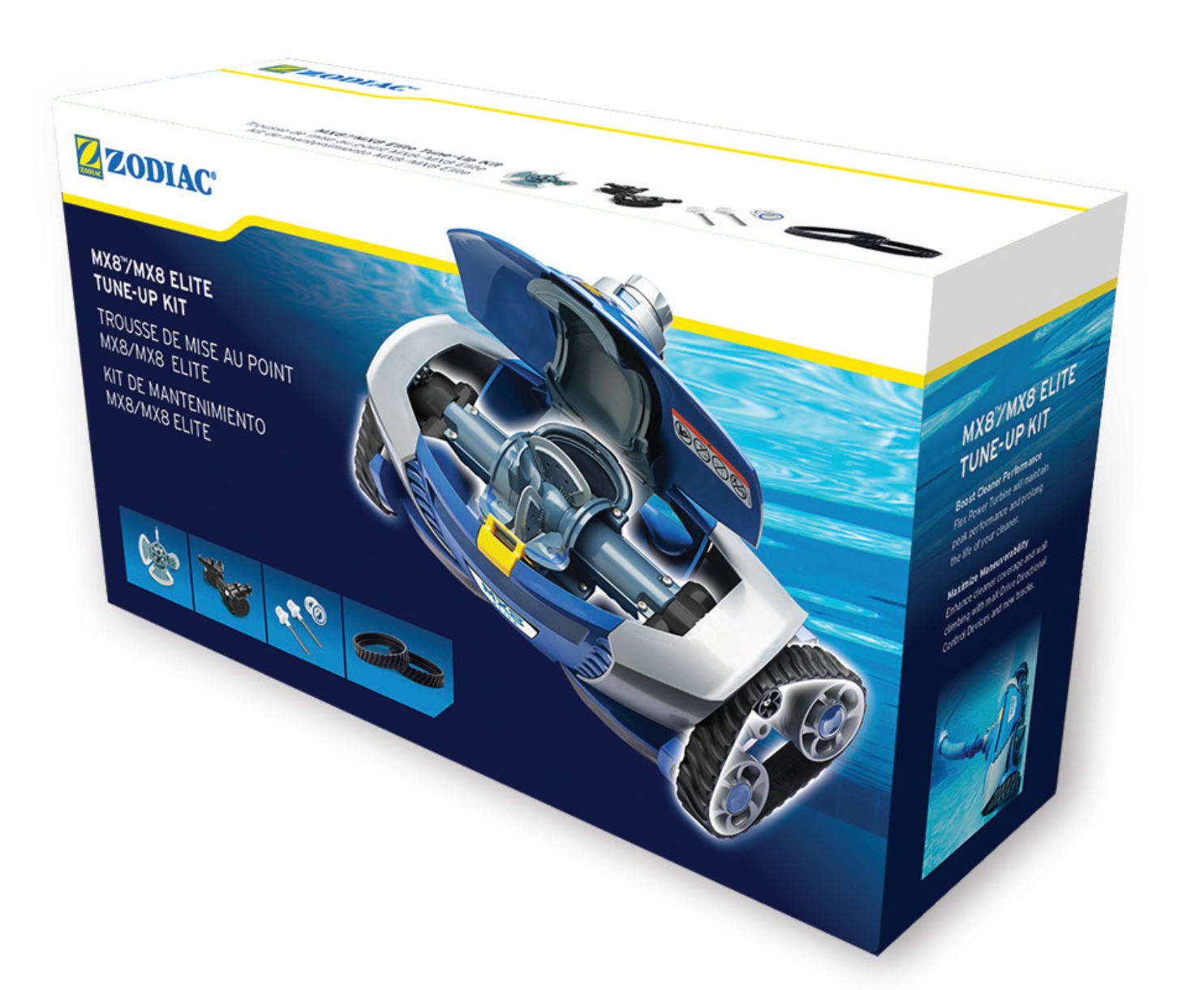 Remove each of the worn tracks and discard.

Push the yellow latch release button (a) to open the top of the cleaner.

Using a Philips screwdriver, remove eight (8) screws which hold the engine housing. Do not discard screws. These will be needed again for assembly.

Remove engine housing. Slowly push engine paddles forward or backward so they are clear of the housing. Make sure the cleaner wheels can move freely as they will turn as the paddles rotate.

Remove one screw from both left and right-side body panels and remove both side panel assemblies.

Keep these screws for reassembly.

Remove one screw and remove the Directional Control Device assembly from both side body assemblies.

Keep the screw for reassembly.

Directional Control Device marked ‘A’ Side Body marked ‘A’

Replace screws in both left and right-side body panels.

Press bearings firmly onto either side of the engine, until bearing stops. Make sure the blue plastic piece on the bearing is facing away from the engine.

Insert drive shafts into the engine and bearings.

3 Replace the Engine and Engine Housing

Seat the engine assembly into the cleaner body. Slowly rotate the engine paddles if necessary.

Close the top of the cleaner, making sure the latch clicks in place.

Place the raised inner track into the groove in the two bottom wheels.

Pull gently up to seat the top of the track over the smaller black wheel.

Here's a Video on how to replace your cleaner's parts: